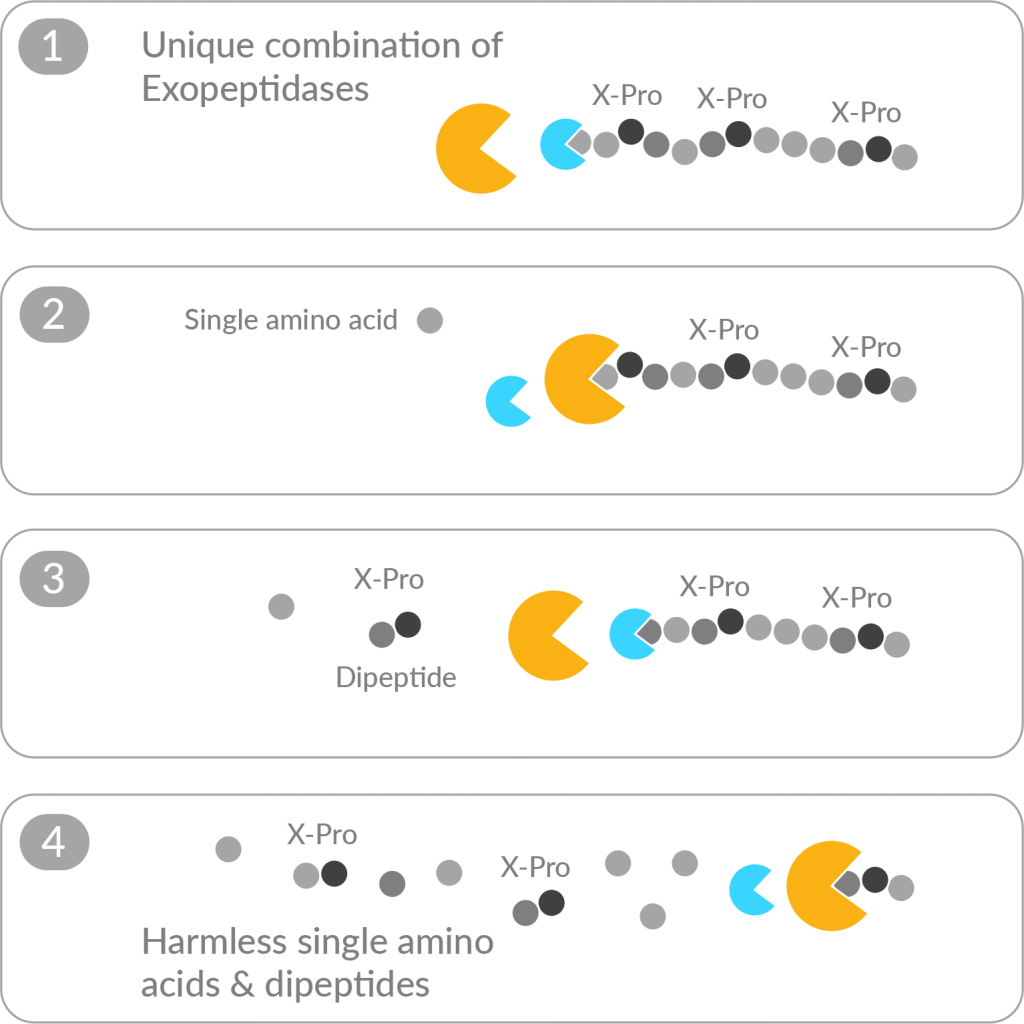 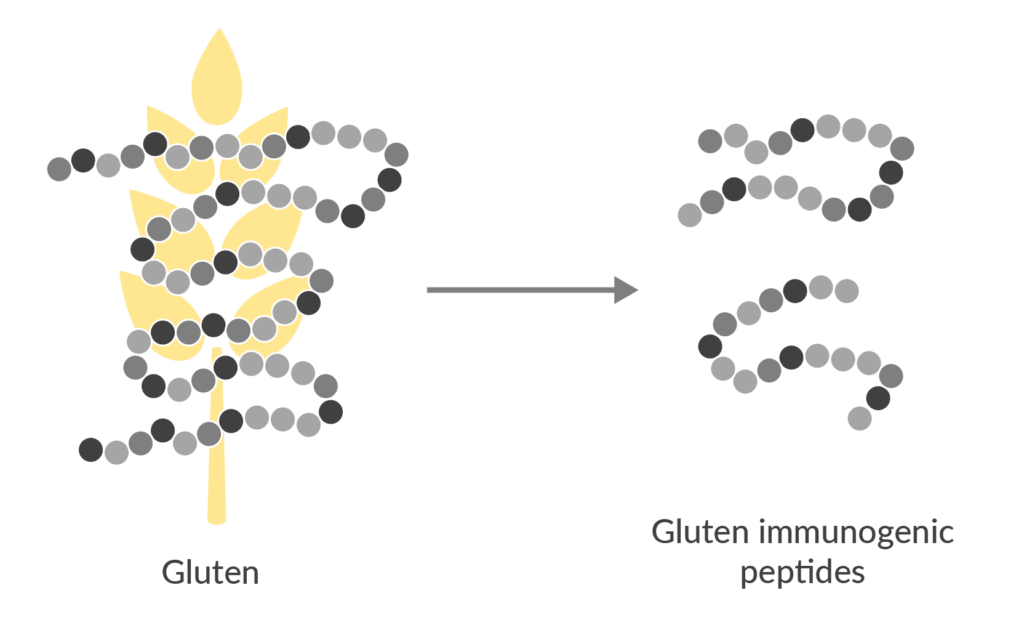 The synergistic action of AMYRA’s exopeptidases is both important and unique since they are able to degrade proline-rich peptides, which are immunogenic for people with celiac disease and non-celiac gluten sensitivity and stable to degradation by naturally occurring digestion enzymes.

Using the gliadin 33mer demonstrated to be one of the most immunogenic peptides within gluten due to its six overlapping immunogenic epitopes, our enzyme combinations act as follows:

AMYRA’s enzymes work in tandem alternately cleaving either a single amino acid from the N-terminus (left side) of the gliadin 33mer    1     3   or dipeptides in which a terminal amino acid is connected to proline (X-Pro)   2  . The action of cleaving these X-Pro motifs is particularly important since peptide strands containing proline are stable to degradation by endogenous digestive enzymes. The synergistic action of both exopeptidases results in the complete degradation of digestion-resistant, gluten-derived immunogenic peptides into harmless single amino acids and dipeptides that do not have an immunogenic potential   4  . The following illustration exemplifies the degradation of the gliadin 33mer.

In extensive in vitro proof of concept studies, we have demonstrated that small amounts of AMYRA’s enzyme combinations degraded gluten-derived peptides, such as the gliadin 33-mer, into dipeptides and single amino acids with unprecedented efficiency.

AMYRA has partnered with the Center of Drug Absorption and Transport (Greifswald University Hospital) to demonstrate the functionality of its enzymes in humans. Preclinical pharmacology/toxicology studies demonstrated high margins of safety for AMYRA’s enzyme combinations.